Recently, Cancer Council NSW published a study finding that food industry self-regulation in Australia has not been effective in reducing children’s exposure to unhealthy food marketing. Australian children still see, on average, three advertisements for unhealthy foods and beverages during each hour of prime time television they watch. This figure remains unchanged despite the Australian food industry introducing two voluntary codes on food marketing to children in 2009.

My research, published recently in the Monash University Law Review, explains why.

I undertook an in-depth analysis of the terms and conditions of the two food industry codes on marketing to children. I also analyzed the processes of administration, monitoring, enforcement and review established by the self-regulatory scheme.

My analysis drew on the code documents themselves, monitoring reports from the food industry, existing independent research, and a sample of advertising complaint determinations from the Advertising Standards Board. I also considered the revisions made to the codes in 2014 (following an independent review of the scheme), and asked whether these revisions make the codes more likely to protect children from exposure to unhealthy food marketing.

My key finding is that the substantive terms and conditions of the codes contain a series of loopholes which leave food companies with a variety of techniques they can use to market unhealthy products to children. These loopholes include:

The processes used to administer and enforce the codes also contain a series of flaws, undermining the codes’ efficacy, transparency and accountability. These include:

These loopholes and limitations help to explain why food industry self-regulation has not been effective in improving children’s food marketing environment. Further, the revisions to the codes made in 2014 appear to have done little to improve the self-regulatory scheme, and are unlikely to lead to lead to reductions in children’s exposure to unhealthy food marketing. 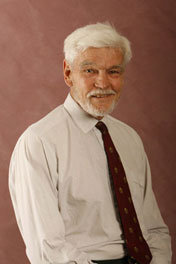 In the mid-1970s, a Melbourne urologist, Rodney Syme, sat facing Len, a man whose invasive bladder cancer was causing incontinence and blood clots that blocked the flow of urine.

Len needed to urinate every fifteen minutes, and frequently wet himself.  He was in excruciating pain.  It is cases like this, Syme would later write, in his book, A Good Death, that have caused generations of surgeons to whisper “Please God, do not take me through my bladder” (Syme 2008, 36).

Pale as chalk, “Len looked me straight in the eye”, Syme recalls, and asked “Isn’t there anything else you can do for me?”

Unwilling to treat Len as a “medical pawn”, Syme responded that he could write a prescription for sleeping tablets that Len could self-administer.

Syme writes: “I will never forget the look of intense relief and simultaneous gratitude that suddenly illuminated Len’s pallid face as his wish was granted” (Syme 2008, 38).

Len’s demise was hardly a textbook case of physician-assisted dying, but it was a turning point for Syme.

“I realized at this point that I had commenced on a ‘life of crime’, and that if future patients like Len were to come to me for help, I would have no option, in all conscience, but to continue in this ‘life of crime’” (Syme 2008, 41).

Len died in the mid-1970s.  But ever since then, Rodney Syme has been quietly, and more recently, not-so-quietly, pushing into the grey zone that separates lawful, palliative care from (unlawful) assisted dying.

In March 1997, when the Commonwealth Parliament used its constitutional powers to make laws for the territories to overturn the Northern Territory’s Rights of the Terminally Ill Act 1995 (NT), Rodney Syme vowed publicly to continue providing quiet assistance to patients when needed.

Syme v Medical Board of Australia (2016)

In January 2016, the Medical Board of Australia received a mandatory notification under Victoria’s version of the Health Practitioner Regulation National Law.

The notifier was the GP of a man called Bernard Erica.  Mr Erica had tongue cancer and secondary metastases in his lungs, and was at that time receiving palliative care.  His death was expected within one month.

Mr Erica’s GP advised the Medical Board of Australia that Mr Erica had told him that Dr Syme was going to assist Erica to end his life.

What Dr Syme had done with Mr Erica, as with some of his other patients, was to assure Mr Erica that he would give him a drug called Nembutal (pentobartal), that he could use if he chose to.

The concept of “notifiable conduct” includes placing the public at risk of harm because the practitioner has “practised the profession in a way that constitutes a significant departure from accepted professional standards” (ss 140-144).

Under delegation arrangements, the powers of the Medical Board of Australia to take immediate action in relation to the subject of a complaint are exercised by the Immediate Action Committee (IAC), which is empowered to act immediately if it believes that “the practitioner poses a serious risk to persons” (s 156).

In this case, the IAC investigated the allegations and imposed the following condition on Dr Syme’s right to practice:

“Dr Rodney Syme [MED0000944514] is not to engage in the provision of any form of medical care, or any professional conduct in his capacity as a medical practitioner that has the primary purpose of ending a person’s life”.

VCAT set aside the Medical Board’s condition on his practice on the basis that the Tribunal could not form a reasonable belief that “Dr Syme’s conduct places persons at serious risk or that it is necessary to take immediate action to protect public safety” (para 185).

One of the ironies of this decision was that Dr Syme relied successfully on the much-contested distinction between “foresight and intention”.

He successfully denied intending to hasten Mr Erica’s life, or the life of his other patients, despite sometimes giving them possession of a well-known “euthanatic drug” which could not lawfully be used in medical practice in Australia, and despite knowing that his patients’ suicide was – at least – a possible consequence of his action.

The conventional account of palliative care is careful to maintain the distinction between foresight and intention; that is, it acknowledges a conceptual, legal and moral distinction between intending to end a patient’s life, and taking actions with the foresight that death might be a highly likely consequence of those actions.

This distinction does good work in some areas of medicine.  For example, it permits a surgeon to carry out highly risky surgery, including surgery that will “probably fail”, but which may nevertheless represent a patient’s best hope.

The question the Tribunal faced was whether this distinction is appropriately drawn when a doctor delivers euthanatic drugs into the hand of the patient, clearing the way for the patient to commit suicide.  Can the doctor plausibly deny having any intention to assist the patient’s suicide if the patient goes ahead and takes the drug?

This question turned on whether Dr Syme could plausibly argue that his game plan, in giving his patients Nembutal, was to assist the patient to recover a sense of control about their dying process, thereby relieving psychological distress and re-casting the doctor’s actions as a form of palliative care.

In his evidence, Dr Syme admitted he had counselled approximately 1700 patients about end-of-life matters during his career, and had given Nembutal to approximately 10% of them (para 70).

In rare cases Dr Syme would give Nembutal to a patient on his first visit with them because they were at the end stage of a terminal disease and suffering greatly.

However, Dr Syme did not keep written records of the psychological condition of his patients, nor document their mental state after he gave them Nembutal (para 70).

In A Good Death, Dr Syme pointed to the frailty of doctors’ intentions, writing that:

A doctor’s intentions in end-of-life decisions may be complex, ambiguous, multifactorial and uncertain, and an inadequate basis for legal definition (Syme 2008, 25).

In this case, however, Dr Syme was clear about the purpose of his actions.

“I can say that categorically, that my intention is to give a sense of control and by so doing to ease their suffering” said Dr Syme (para 57).

Dr Syme agreed that doctors are not authorised to prescribe barbiturates like Nembutal, and that this drug cannot be legally obtained by a medical practitioner.

However, the Tribunal pointed out that the lawfulness of Dr Syme’s conduct in obtaining the drug was not in issue.  The Tribunal’s task was limited to determining whether Dr Syme was a danger to his patients (para 137).

In the end, the Tribunal accepted that Dr Syme’s intention in giving patients possession of Nembutal was to give them relief from psychological and existential suffering, and that this palliation occurs because patients feel an increased sense of control and certainty about how their life will end (paras. 129, 143).

The Tribunal also decided that, to the extent that the giving of Nembutal to patients gave them the opportunity to use the drug to end their lives, that consequence (even if foreseen) was “not intended by Dr Syme and can be seen as a secondary but unintended consequence”.

Referring to the principle of “double effect”, the Tribunal wrote that: “The fact that the treatment also has the effect of providing an opportunity for the patient to later ingest the Nembutal is not intended by Dr Syme and can be seen as a secondary but unintended consequence” (147, para (i)).

The Tribunal concluded by saying that it was satisfied that the “the holistic approach adopted by Dr Syme [was] entirely focused upon supporting the patient in life rather than pre-empting the patient’s death” (para 179).

As a result, the Tribunal disagreed that Dr Syme posed a serious risk to persons, or to Mr Erica, and set aside the condition the Medical Board of Australia had imposed on Dr Syme’s practice.

A new boundary for palliative care?

In the well-known case of R v Cox (1992) 12 BMLR 38), a doctor administered Potassium Chloride to a patient with the intention of inducing cardiac arrest and death.

KCl has no therapeutic properties, and so its administration supported the inference of an intention to kill.  Since the body had been cremated, Dr Cox was charged with attempted murder only.  He was convicted; his merciful motive was not considered relevant.

If Dr Cox had merely given possession of the KCL to his patient on the premise that it might relieve suffering by giving the patient a greater sense of control, leaving it up to the patient whether or not to ingest the drug, could he – and should he – have avoided liability on that basis?

That is an issue of criminal law that awaits determination in Australia.

However, unlike the practice of “terminal sedation” – which ensures that a patient dies while unconscious due to sedation, doctors who dispense non-licensed drugs to patients in the quantities that would be needed for a successful suicide are essentially acting outside the conventions of the specialty of palliative care.

Making oneself a test case is a risky business.  Dr Syme risks consequences that go well beyond a condition being placed on his right to practice medicine.

That said, from my knowledge of him, Dr Syme is a decent, compassionate doctor and if I were terminally ill I would consider myself fortunate to have him at my bedside.

Moral conservatives may feel this ruling gives Syme carte blanche to assist suicides, inappropriately asserting an innocent intention while giving patients lethal quantities of a non-therapeutic drug that doctors have no business distributing.

Are you interested in studying health law?  Sydney Law School’s Master of Health Law and Graduate Diploma in Health Law are open to both lawyers and non-lawyers.  Units of study taught in 2017 include Death Law, taught by Professor Cameron Stewart on 20, 21 April & 11, 12 May 2017.  For information on Sydney Health Law, the Centre for Health Law at Sydney Law School, click here.