Public Health Law and Health Leadership in the United States: What can Australia learn?

In 2016, life expectancy at birth in the United States fell for the second year in a row.  Since his inauguration in 2017, President Trump and his administration have taken a number of actions that arguably weaken America’s public health infrastructure.

At the same time, the Unites States remains one of the world’s great innovators. With 52 States and more than 89,000 local and city governments, the United States frequently functions as a social laboratory for social policies, and public health laws and practices. While constrained in some areas by its constitutional design, the United States remains a leader: its influence and innovations in public health law cannot be ignored.

What can Australia learn from recent American experience with public health law and regulation?  What are the good ideas?  What should be avoided?  How can Australian jurisdictions adapt the best American innovations and create an enabling legal and political environment for public health and wellbeing?

This seminar is co-hosted by the United States Studies Centre at the University of Sydney, and Sydney Law School.

For further information on this event, further speaker details, and to register for this event, click here. 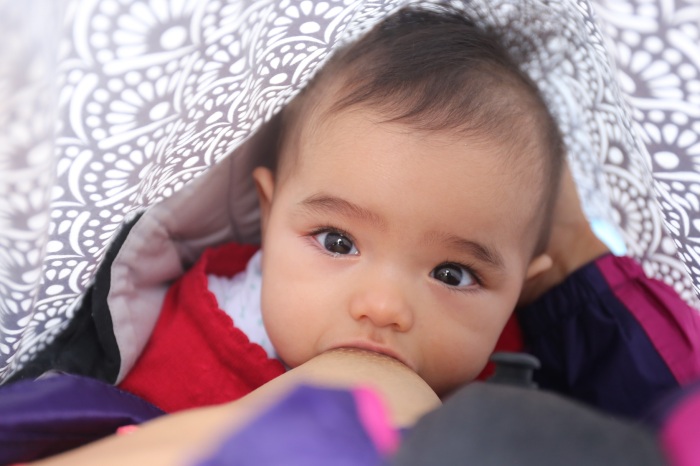 The New York Times reports that US officials threatened to unleash trade sanctions and withdraw military aid from Ecuador unless it withdrew a resolution at May’s World Health Assembly calling on governments to “protect, promote and support breast-feeding”.

The article is worth reading in its entirety.

As the father of a currently breastfeeding infant, I find this kind of behaviour utterly repellent.

There are echoes of Right to Health language (respect, protect, fulfil) in the resolution which might have displeased the Americans, but the real motivator was American support for large corporate manufacturers of breast-milk substitutes.

Ecuador backed off from the offending resolution, as did “at least a dozen other countries, most of them poor nations in Africa and Latin America”.

Then Russia stepped in, and the intimidation apparently stopped.

“We’re not trying to be a hero here”, said a Russian delegate to the World Health Assembly, “but we feel that it is wrong when a big country tries to push around some very small countries, especially on an issue that is really important for the rest of the world.”

Plenty of ironies here.  But they have a point.

According to the New York Times report, a Department of Health and Human Services spokesperson said: “The resolution as originally drafted placed unnecessary hurdles for mothers seeking to provide nutrition to their children.  We recognize not all women are able to breast-feed for a variety of reasons. These women should have the choice and access to alternatives for the health of their babies, and not be stigmatized for the ways in which they are able to do so.”

Well gosh, that ought to sort out the doubters.

The Lancet reports that scaling up breast-feeding to near universal levels could avoid 823,000 deaths of children under 5 each year, and 20,000 maternal deaths from breast cancer.

Breastfeeding protects both mother and child, and it’s free, which is important if you’re poor.

Yet for billion dollar formula companies, the temptation to monetise the act of feeding by targeting young mothers, is just irresistible.

Here is the resolution that eventually passed in the World Health Assembly, with American support.

Amongst other things, it requests the WHO Director-General to provide, upon request, “technical support to Member States to establish, review and implement national laws, policies and programmes to support infant and young child feeding”.

However, US hostility scuttled language that would have called on WHO to provide “technical support to member states seeking to halt “inappropriate promotion of foods for infants and young children.”

“Inappropriate” in this context would refer to the promotion of foods in contravention of the International Code of Conduct of Breast-milk Substitutes.

The Code prohibits the advertising of infant formula and other breast-milk substitutes to the general public, to pregnant women and mothers, and to health workers who are concerned with infant and maternal nutrition.  It also prohibits the giving of samples and other incentives for purchase. Governments are urged to implement the Code through national legislation, regulations or other suitable measures.

In addition, the Code states that infant formula should contain a clear statement of the superiority of breastfeeding, and a statement that the product should only be used following advice from a health worker. The container and labels should not contain pictures of infants, or include pictures or text that “may idealize the use of infant formula”.

Appropriately, the resolution does urge Member States (of the World Health Organisation) to strengthen national initiatives to implement the Code.

However, when you put it all together, it appears the Trump administration does not want sovereign countries receiving technical support from WHO about how best to frame their laws and policies to prevent predatory marketing practices that breach the Code.

Click here for information about the Australian Breastfeeding Association.

ANNOUNCEMENT: Sydney Law School and the United States Studies Centre at the University of Sydney are co-hosting an evening seminar entitled “Public health law and health leadership in the United States: What can Australia learn?” on 19 July 2018, 6.00-7.30pm.  Click here for the brochure and further details.  A separate post will follow about this event.