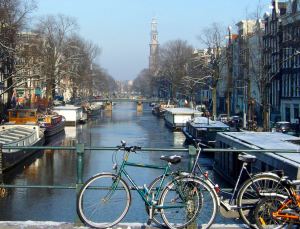 Those pesky Dutch are at it again.  Rather than slashing investments in renewable energy, or preparing for the imminent threat of global cooling, a court in the low country has ruled that the Dutch government has a legal duty to contribute to global efforts to mitigate climate disaster caused by excess greenhouse gas emissions.

The proceedings were initiated by a civil society organisation, the Urgenda Foundation. The judgment in English can be found here.

The Hague District Court ruled that although the State has wide discretion how to frame national climate policy in the Netherlands, it did not follow that the State’s discretionary power was unlimited.  Due to the global nature of the hazard, and the need for shared risk management approach, the objectives and principles in the UN Framework Convention on Climate should be considered in “determining the scope for policymaking and duty of care” (para 4.55).  The principles drawn from the Framework Convention included the protection of the climate system, “for the benefit of current and future generations, based on fairness”, the precautionary principle, and the sustainability principle.

After considering the relevant principles, the court concluded: Since it is an established fact that the current global emissions and reduction targets of the signatories to the UN Climate Change Convention are insufficient to realise the 2° target and therefore the chances of dangerous climate change should be considered as very high – and this with serious consequences for man and the environment, both in the Netherlands and abroad – the State is obliged to take measures in its own territory to prevent dangerous climate change (mitigation measures). Since it is also an established fact that without far-reaching reduction measures, the global greenhouse gas emissions will have reached a level in several years, around 2030, that realising the 2° target will have become impossible, these mitigation measures should be taken expeditiously (para 4.65).

The court concluded that the State had acted negligently by starting from a reduction target for 2020 of less than 25% of greenhouse gas emissions compared to the year 1990; accordingly, it ordered the State to take measures to limit Dutch greenhouse gas emissions in order to reach the 25% reduction target (paras. 4.93, 5.1). Although framed in terms of a duty of care, it is far from clear that Australia courts would regard the Commonwealth as owing a duty of care, nor that civil society groups could expect to have standing to press such a claim.