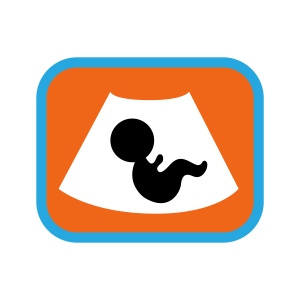 When I lived in inner Melbourne I often saw anti-abortion protestors picketing one particular medical practice on Swanston Street that provided abortion services.

On a number of occasions I would see a car pull up and (what looked to be) a teenage girl hopping out, trying to shield her privacy with a jacket held over her head, hurrying into the sanctuary of the practice past a huddle of protestors who tried to engage her in conversation or pass her leaflets.

From where I stood, the behaviour of the protestors served only to compound what was already a sad situation.

Anti-abortion protestors who picket fertility control clinics will be held to a significantly higher standard of conduct as a result of the Public Health and Wellbeing Amendment (Safe Access Zones) Act 2015, passed by the Victorian Parliament in November.

The “Safe Access Zones” Bill was introduced by the Victorian Government in August 2015.  It is modelled on a Bill by Sex Party MP Fiona Batten, who acted in response to a pattern of conduct by anti-abortion protestors picketing an East Melbourne Clinic.

A Parliamentary Research Note on safe access zones in Australia  points out that over a 20-year period, the Melbourne chapter of an international anti-abortion organisation, Helpers of God’s Precious Infants, have protested for up to six mornings a week outside the Fertility Control Clinic in East Melbourne.

“This weekend they were yelling to people attending a clinic, ‘you are going into a slaughterhouse’,” she said.

The Bill was introduced just as the Fertility Control Clinic lost a Supreme Court application against the Melbourne City Council arguing that the Council had failed to exercise its duty “to remedy as far as is reasonably possible all nuisances existing in its municipal district” (Public Health and Wellbeing Act 2008 (Vic) s 60) [see Box below].

The aim of the Act is to provide safe access zones around the premises of medical practices providing abortion services (for the benefit of persons seeking abortion services, as well as employees of the practice) and to prohibit the publication and distribution of recordings taken by anti-abortion protestors outside abortion clinics.

The key provision is s. 185D, which says that a person must not engage in “prohibited behaviour” within a safe access zone.

A “safe access zone” exists 150 metres in all directions from premises where abortions are provided.

“Prohibited behaviour” includes harassing and obstructing, as well as “communicating by any means” in a manner that is able to be seen or heard by a person accessing or leaving the premises and which is “reasonably likely to cause distress or anxiety” (s. 185B).

Employees of practices where abortion services are provided are protected from harassment and obstruction and from being recorded, but not from communications by protestors about abortion (s 185B(2)).

Police officers are authorised to apply for a search warrant to enter premises to sieze recordings of people entering or leaving premises where abortions are provided (s. 185F-185H).

“Abortion bubble legislation”, as it is sometimes called, needs to balance the interests of people providing or accessing medical procedures with the freedom that people in democracies have to object to actions and practices which they regard as immoral.

The “Safe Access Zones” Act would not appear to prohibit silent vigils or all forms of communication with those seeking abortion services.  However, protestors will over-step the mark if their communications are considered (ultimately by a court) to be “reasonably likely to cause distress or anxiety”.