Skip to content
HomePut another Winfield on the Barbie 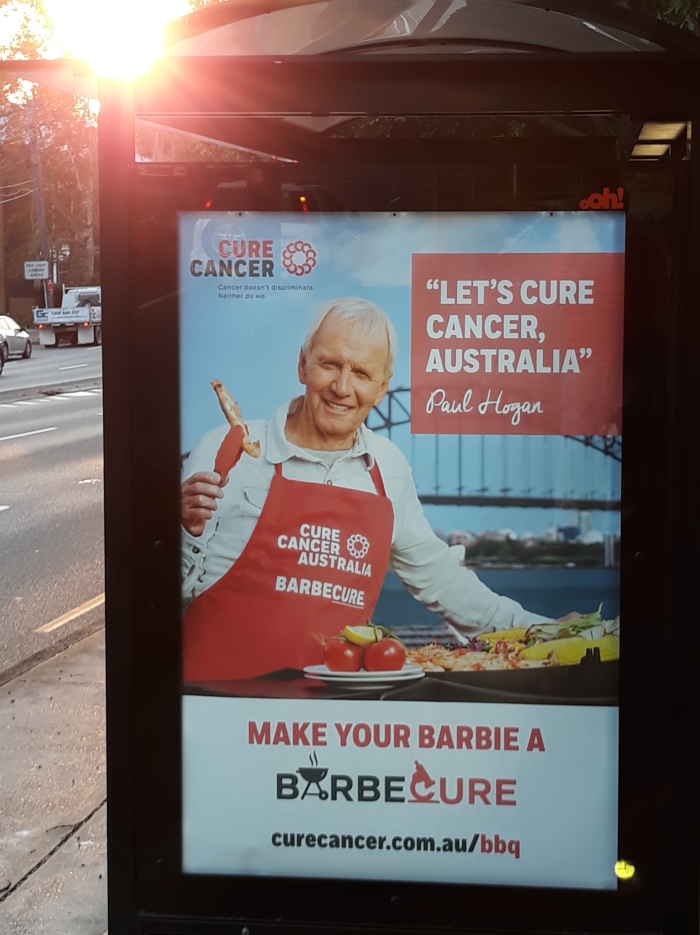 Having actor Paul Hogan headline Cure Cancer’s “Barbecure” makes no sense to me.

Put another shrimp on the barbie, I get it.  But so what?

Hogan may regret the staggeringly successful “Anyhow, have a Winfield” advertising campaign he headed in the 1970s, but his presence in a cure cancer campaign is inept.  It muddies the message.

Winfield is a brand of cigarettes now owned by British American Tobacco Australia.

Of his former campaign for Winfield, Hogan has said “Yeah, we were encouraging people to smoke.”

“Young ones were taking up smoking and all going for Winfield. It was a staggering success but I was a drug dealer. But who knew then?”

This is not to suggest that Hogan is not sincere in wanting to help.  I’m sure he is.

But why does an organisation raising funds to support cancer research ask one of the most effective promoters of tobacco in Australian history, someone who is still, apparently, a smoker – to front the campaign?

Cure Cancer’s Barbeque concept seems to be about raising money for what we might call “techy” solutions to treating cancer – funding research towards a new drug or therapy.

(Must say, though, I love the idea about hosting a barbie, telling the guest list they’re not invited and hitting them for hard cold cash instead).

Cancer research is, of course, worthy and deserving of funding.  Who knows, many of us may one day benefit from such research and the therapies that result.

But there’s another way to cure cancer as well…it’s called reducing the risk that Australians will get cancer in future.

Using smart public policies, we can prevent the risk that Australians will get heart disease, and diabetes too.

Unfortunately, preventive health enjoys a fraction of the profile – and almost none of the money – that techy solutions like research towards new drugs or therapies attract.

This could be because one important dimension of prevention at the population level is regulation, and that makes prevention a political matter.

Australia has a pretty shabby record in using law and regulation to reduce modifiable risk factors for the non-communicable diseases that are responsible for the overwhelming share of death and disability in this country.

When it comes to food and diet-related risk factors, for example, see the scorecard and priority recommendations for Australian governments issued by the Global Obesity Centre, a WHO Collaborating Centre for Obesity Prevention, at Deakin University.

How many lifetimes till these are implemented, I wonder?

A decade ago, the National Preventative Health Taskforce released a blueprint for improving the health of Australians.

I can no longer find that report on the Australian Government’s website.

Although the government has raised the excise on tobacco and implemented plain tobacco packaging, no formal targets have been set for reductions in obesity or dietary risk factors, and prevention policy has been described as “flapping in the wind” (Swannell 2016).

Preventing cancer is “curing” cancer too

The Australian Preventive Health Agency, which was established to spearhead preventive efforts, and to fund preventive research, was de-funded and is extinct.

This move damaged momentum on preventive health in Australia, as Leeder, Wutzke, and many others have pointed out.

Which is a shame, because preventing cancer is “curing” cancer too.

Are you interested in health law?  Sydney Law School offers a Master of Health Law with mid-year entry.  See here and here for more information.

One thought on “Put another Winfield on the Barbie”