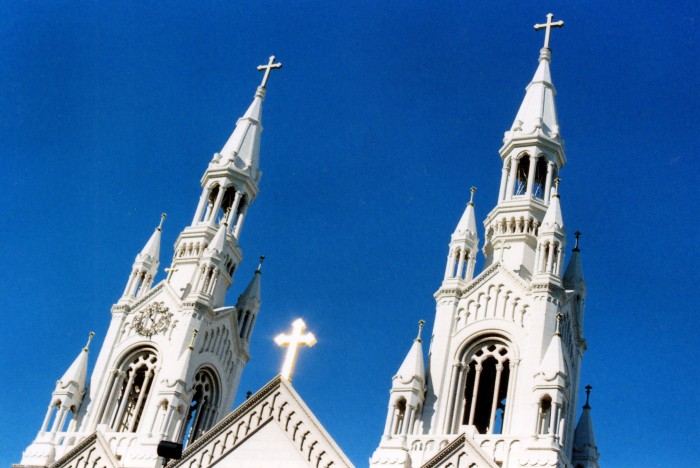 South Australia is on a collision course with the Catholic Church hierarchy following passage of the Children and Young People (Safety) Act 2017.

Chapter 5, Part 1 (ss 30-31), deals with reporting of suspicion that a child or young person may be at risk.  These sections come into effect on 22 October 2018, and impose a duty on ministers of religion, including priests, to report suspicions of child abuse, irrespective of whether that information was obtained during a confession.

Under the Children’s Protection Act 1993 (SA), which currently applies, ministers of religion and employees and volunteers in religious organisations owe a duty to notify suspicions of abuse or neglect: s 11(2).

However, a priest or minister of religion is given a specific exemption from divulging “information communicated in the course of a confession made in accordance with the rules and usages of the relevant religion”: s 11(4).

That changes in October.

Section 31 of the new Act requires health and welfare professionals and ministers of religion to report the suspicion that a child or young person is “at risk”.  There are no exemptions for information disclosed during a confession.

Priests are not singled out in the new legislation.  Section 30 applies to ministers of religion and employees or volunteers of organisations formed for religious or spiritual purposes.  The obligation also applies to medical practitioners, dentists, nurses, psychologists, pharmacists, police officers, community correction officers, social workers, teachers, and employees or volunteers for organisations that provide health, welfare, education, sporting, recreational child care or residential services for children.

Concept of “at risk”

Section 31 requires health and welfare professionals and ministers of religion to report the suspicion that a child or young person is “at risk”.

The concept “of risk” is defined in section 18: it includes circumstances where a child has suffered harm or is likely to suffer harm of a kind from which a child or young person is ordinarily protected.  This includes sexual assaults and related criminal offences.

The concept of “at risk” also includes a suspicion that a child is to be removed from the state for the purposes of undergoing female genital mutilation.

Section 31(3) states that a health or welfare professional may – but is not required – to report when they suspect on reasonable grounds the physical or psychological development of an unborn child is at risk, whether because of the pregnant woman’s behaviour or otherwise.

The obligation to report under s 31 arises when a health or welfare professional has a suspicion on reasonable grounds that arises in the course of their employment.

The concept of “employment” is defined broadly to include an employee, independent contractor, volunteer, as well as someone who “carries out work as a minister of religion or as part of the duties of a religious or spiritual vocation”.

Debate about South Australia’s new mandatory reporting requirements takes place against the background of the conviction of Adelaide’s Archbishop Philip Wilson for concealing a serious indictable offence by failing to report credible allegations of sexual abuse of two altar boys by a paedophile priest.

This information did not come to Archbishop Wilson in the confessional and Catholic doctrine did not preclude him acting on it.

The Royal Commission into Institutional Responses to Child Sexual Abuse recommended that any minister of religion convicted of a crime relating to child sexual abuse should “in the case of Catholic priests and religious [orders], be dismissed from the priesthood and/or dispensed from his or her vows” (16.56.a).

Archbishop Wilson was sentenced to 12 months imprisonment, but has said he will appeal the conviction.  In the meantime, he has refused to resign, indicating, however, that he would resign if the conviction was upheld.

Meanwhile, Acting Archbishop Greg O’Kelly has confirmed that priests are bound by church doctrines and that the new law “doesn’t affect us”.

The fact that a minority of priests have committed sexual offences against children, and that other senior Catholic clergy have failed to act on knowledge of such offences does not mean that sexual predators regularly or even occasionally confess to sexual offences during confession.  The two issues are distinct.

However, even if information about the abuse of a child reaches a priest during a confession only rarely, what does the Catholic church’s rule about absolute secrecy say about its sense of right and wrong?

The very position that such information should remain absolutely confidential if conveyed during the Sacrament of Reconciliation suggests that it is more important to encourage the penitent sinner to seek absolution than to protect the child.

You’d have to be a priest, as distinct from a parent, to follow the logic or the morality of that.

I’m a parent, and I’ll tell you what every other parent will tell you: the over-riding moral priority is to protect your child.

Protect the child.  That’s more important than swearing secrecy to someone who reveals that they are a sexual predator.  What’s not to understand?

In fact, how does someone – acutely sensitised to the rightness and wrongness of things – get to a place where they don’t understand this?

If the person who confesses is truly penitent, surely they would not want the child they harmed to be isolated from services to help them recover from their trauma?

The confessional should not enable further wrong-doing.

It this case it’s secular morality, and the South Australian Parliament, that is leading the way.